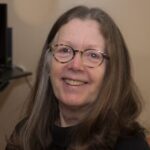 Cushing’s Syndrome, also referred to as Cushing’s disease, is a condition resulting from persistently elevated cortisol levels in circulation. The medical term for this disease is hyperadrenocorticism (HAC). This is a common endocrinopathy in adult to aged dogs. Dachshunds, Boston Terriers, Boxers, Beagles and Miniature Poodles are some breeds which appear predisposed. Cats are rarely affected and often have concurrent diabetes mellitus. The disease is insidious and slowly progressive.

WHAT CAUSES THE DISEASE?

Cortisol is a hormone produced by the adrenal glands. The anterior pituitary produces adrenocorticotropic hormone (ACTH), which stimulates the release of cortisol from the adrenal gland. Cortisol, in turn, shuts off the release of ACTH under normal negative feedback mechanisms. Cortisol has a variety of beneficial functions in the body when produced physiologically. In HAC, there is uncontrolled, increased production of cortisol which has negative and often debilitating effects on the body.

HAC is separated into three types: pituitary-dependent, adrenal-dependent and iatrogenic. Each type has a different form of treatment and prognosis, so differentiation is essential.

Pituitary-Dependent: This is the most common form of naturally occurring canine hyperadrenocorticism, accounting for 80–85% of cases. PD-HAC results from hyperplasia or benign tumors (adenomas) of the adrenocorticotropic hormone (ACTH)-secreting cells of the anterior pituitary (pars distalis or pars intermedia). The malfunctioning pituitary gland overproduces ACTH. Chronic, excessive ACTH production leads to overstimulation of the adrenal gland with bilateral adrenocortical hypertrophy, hyperplasia and over-production of cortisol. Pituitary tumors are generally small but in a small percentage of cases may become large enough to compress the brain (macrotumors), resulting in neurologic signs. In cats, pituitary-depended HAC is also the most common form.

Adrenal-Dependent: This form accounts for 10–15% of cases and is the result of functional adrenocortical tumors, which may secrete excessive cortisol. These tumors may be benign (adenoma) or malignant (carcinoma), unilateral or bilateral, and are often large enough to see on radiographs or ultrasound. There is minimal to no production of ACTH from the pituitary gland, so there is usually atrophy of the contralateral adrenal gland.

WHAT ARE THE CLINICAL SIGNS OF CANINE HYPERADRENOCORTICISM?

WHAT ARE THE CLINICAL SIGNS OF FELINE HYPERADRENOCORTICISM?

The most common abnormalities are unregulated diabetes mellitus, alopecia and thin, fragile skin (“feline fragility syndrome”). Some cats may have concurrent bacterial infections. Calcinosis cutis has not been reported. Clinical laboratory findings are nonspecific, except for hyperglycemia associated with concurrent diabetes mellitus. HAC is the second leading cause of insulin resistance in diabetic cats after acromegaly.

HOW IS HYPERADRENOCORTICISM DIAGNOSED?

The initial steps in the diagnosis of HAC include an accurate history, physical examination and screening laboratory tests (CBC, chemistry panel, urinalysis). Once other causes for the clinical signs have been ruled out, specific adrenal function tests are performed to confirm the diagnosis of HAC and localize the cause. These tests must be performed following specific guidelines and may be affected by stress.

Tests exist to screen, diagnose, and localize the cause of hyperadrenocorticism in dogs and cats. In dogs, the most common tests used to detect Cushing’s disease are the ACTH stimulation test and Low Dose Dexamethasone Suppression (LDDS) test. These tests are performed by serially measuring cortisol in the patient’s blood. In-house measurement of cortisol allows the clinician the opportunity to diagnose hyperadrenocoriticism before the patient leaves. Reference laboratory measurements of cortisol are also available.

Urine Cortisol to Creatinine Ratio (UCCR): Cortisol is excreted in the urine at a steady state. There is an increased ratio with naturally occurring HAC; a good one-time test to rule out HAC, but stress can falsely elevate.

ACTH Stimulation Test:  Cortisol is released at greater than normal levels post ACTH injection in cases of HAC. This test is used both as a screening test to support a diagnosis of HAC and to monitor therapeutic response to treatment. Dogs with iatrogenic HAC have little or no change in cortisol concentration.

Low Dose Dexamethasone Suppression (LDDS) Test: This is a screening test for HAC. The normal pituitary will stay suppressed for at least 8 hours following dexamethasone administration. In cases of AD-HAC and PD-HAC, there is inadequate suppression of cortisol.

The following tests are performed after a diagnosis of HAC has been made to help differentiate between pituitary and adrenal origin:

Imaging Studies: An abdominal ultrasound can be a valuable tool in making a diagnosis. With PD-HAC, adrenal glands should be bilaterally symmetrical and non-calcified. With AD-HAC, asymmetry, mass lesions and/or calcification can be seen. These changes may also be detected on abdominal radiographs. Cranial imaging/CT can be used to assess for a pituitary mass.

Urine Cortisol to Creatinine Ratio (UCCR):This is a good test to rule out HAC but increased levels is a nonspecific finding. Although uncommon, some cats with HAC may have normal results.ACTH Stimulation Test: Similar to ACTH stimulation testing in dogs, this test requires obtaining two samples at 30 and 60 minutes post administration of ACTH. However, in cats it overall has low sensitivity and is not generally recommended.

Imaging Studies: As in dogs, an abdominal ultrasound can be a valuable tool in making a diagnosis. With PD-HAC, adrenal glands should be bilaterally symmetrical and enlarged. With AD-HAC, adrenal gland asymmetry or mass lesions can be seen. These changes may also be detected on abdominal radiographs. Cranial imaging/CT can be used to assess for a pituitary mass.

WHAT IS THE TREATMENT?

PD-HAC is usually treated with oral medications which can provide long term control if the tumor is small. Hypophysectomy has a successful outcome for small to moderately sized tumors and hyperplastic lesions, but this surgical procedure is not routinely performed in the United States. If the tumor is large and affects the brain, there is a less favorable prognosis. AD-HAC is best treated and may be cured with surgery. If the tumor is benign and excised, prognosis is good. Malignant adrenal tumors, however, have a guarded to poor prognosis. If surgery is not an option, medical alternatives are available. Treatment of iatrogenic HAC requires discontinued use of the prescribed steroid, which must be done in a gradual controlled manner. Discontinuation of drug therapy generally results in a good prognosis.

Hyperadrenocorticism, otherwise known as Cushing’s disease, is a common endocrinopathy diagnosed in dogs but is much less common in cats. Laboratory diagnosis requires specific testing protocols, first to confirm the diagnosis and then to differentiate between the different forms of HAC. This can be accomplished via serial measurement of cortisol in patient blood, among other testing options. Diagnosing and localizing are essential to develop an appropriate treatment protocol.