Why I Love to Treat Feline Atopy! 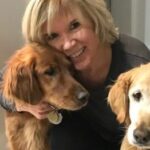 aka FASS-feline atopic skin syndrome, non-flea/non-food hypersensitivity dermatitis, feline allergic dermatitis syndrome, feline atopic-like dermatitis, feline cutaneous hypersensitivity, or however you want to refer to it, is REAL! Studies show atopy can occur in up to 30% of cats and is second only to flea allergy dermatitis. Sure, it is easy to administer a monthly long-acting steroid injection to relieve symptoms. Before long however, tolerance, cardiac issues, or diabetes mellitus can result. You are then faced with the cat STILL being pruritic and not being able to use steroid injections. The reason I actually LIKE treating feline atopy is because there are so many long-term safe treatments to choose from and you never know which patient will respond to a particular treatment or a combination of treatments. 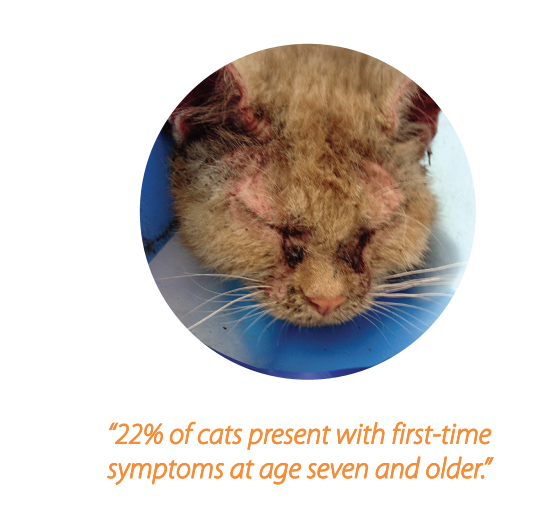 But first, the real dilemma is actually diagnosing atopy in the cat—many differentials need to be eliminated before you achieve the diagnosis. To arrive at a diagnosis of atopy, differentials such as food allergy, demodicosis, parasitic infections (flea, Cheyletiella, Notoedres), dermatophytosis, pemphigus foliaceus, and/or Malassezia dermatitis need to be eliminated. Since house dust mite is the most common allergen in dogs, cats, and humans, it should be considered in a nonseasonally affected cat. A good history is important to establish whether a seasonality is present. Skin or serum testing cannot establish a diagnosis of atopy but rather are used to determine which allergens to include in immunotherapy. Test results MUST correlate with the season of the year the cat is affected, and showing symptoms. If a cat has symptoms only in the spring, yet tests positive to house dust mites, you will likely not have a successful immunotherapy treatment as the test results do not match the time of year the cat is affected as house dust mite allergy persists all year round.

Cats are unique in their presentations of atopy.

Although many show symptoms at a young age, one study confirmed 22% of atopic cats presented with first-time symptoms at age seven and older. Keep in mind that an older age of onset of symptoms should include atopy as a differential! Clinically, cats with atopy have varying signs to include: pruritus, facial excoriation, miliary dermatitis, eosinophilic granuloma complex lesions, plasma cell pododermatitis, otitis, chin acne, seborrhea, and Malassezia or bacterial pyoderma. Unlike atopic dogs where areas of the face, feet, perineum, and ventrum are involved, atopic cats like to “mix it up” with varying areas of the body involved. Anecdotally, in my practice we saw an abundance of orange colored cats including calico’s and tortoise shell cats with atopy. For some unknown reason, many had alopecic hocks. Treatments for feline atopy may include a combination of medications. For example my preferred treatment for an atopic cat that is affected all year round is once weekly injectable immunotherapy for long term control while using antihistamines such as cetirizine or loratadine, or every other to every third day prednisolone, or twice weekly oral dexamethasone, or maropitant citrate (which can act similar to antihistamines as it inhibits Substance P which is similar to histamine), or oral modified cyclosporine, or oclacitinib (considered off-label use). Since no two cats are alike, I start them on their immunotherapy injections after skin or serum testing as a safe long-term therapy and use 2–4 weeks of any of the above oral medications at the onset to relieve current symptoms. Many times, the cat can be weaned off the oral medications (difficult for many owners to administer) once the once weekly injectable immunotherapy begins to become effective (usually 3–8 months). 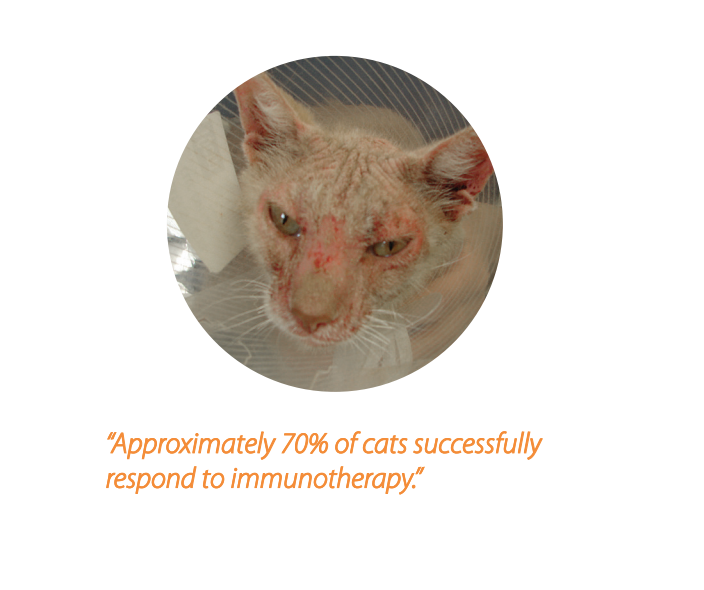 Many veterinarians have little personal experience using immunotherapy and some even fear its use.

Having a good relationship with your allergy company and their technical personnel can be extremely helpful in getting to understand how to test, what the test results mean, and what to include in the immunotherapy solution. There is no “cookie cutter” immunotherapy treatment. Each patient must be evaluated individually and it is essential to have an observant owner. It is not enough to just administer the weekly “shot” per the chart. The owner must observe how the cat does the week after the particular shot dose and notify you if the cat was more pruritic. If so, choices include skipping a week on the shot to see if the cat’s pruritus improves (a sign that the dose was too high) then adjusting the next dose. Some cats are more pruritic immediately after starting immunotherapy signaling that the concentration for that patient may have been too high to start with. Contacting the allergy company to dilute the vials usually helps. If adjusting the dose isn’t helpful, get the cat in for a recheck as it may have acquired ectoparasites such as fleas or Cheyletiella.

Thankfully atopy in the cat, however difficult it may be to make the diagnosis, gives us more treatment options which are far safer for long-term use than administering long-acting steroid injections. Since atopy is for the life of the cat (important for the owner to understand this) it is essential to devise a treatment plan that will work both for the owner and the patient and this may include a combination of therapies.

Use this field to add the video embed code once the webinar has passed and the recording is available. Nothing will display on the page until this field is populated, the webinar start time has no effect.